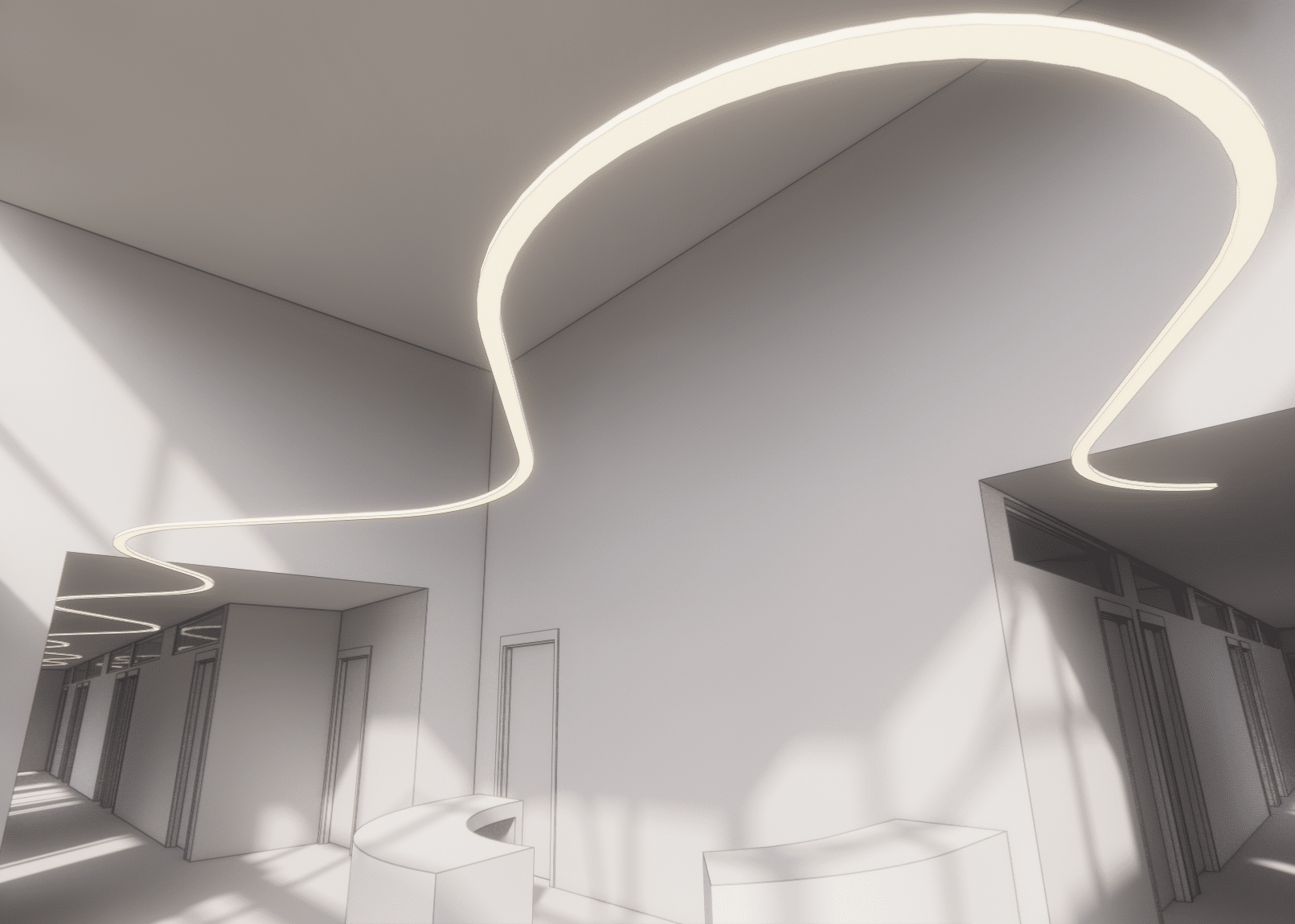 On the Boards: Chi University

The Chi Small Animal Hospital is a veterinary clinic that integrates western and traditional Chinese veterinary medicine. Its goal is to improve pet wellness by providing holistic care in a comfortable, serene setting.

The new campus will be located between the previously built main building and the equine facility. The two structures, while sharing several consistent elements, are distinctive in style. The new building presents an opportunity to bring the entire campus together in synergy while also presenting a fresh, unique design.

We explored commonalities between the existing buildings, identifying what we would like to retain to solidify a cohesive campus. Wood ceilings, brick facades, dramatic stone columns, and circular forms appear throughout the campus.

Chi University has always been about honoring the tradition of Chinese medicine while pushing their practice in a modern direction. Our discovery process led us to explore how the built environment could affirm this philosophy. The new Animal Hospital design features Eastern Architecture influences paired with modernity while still alluding to its sense of place in the farmlands of Marion County, Florida. 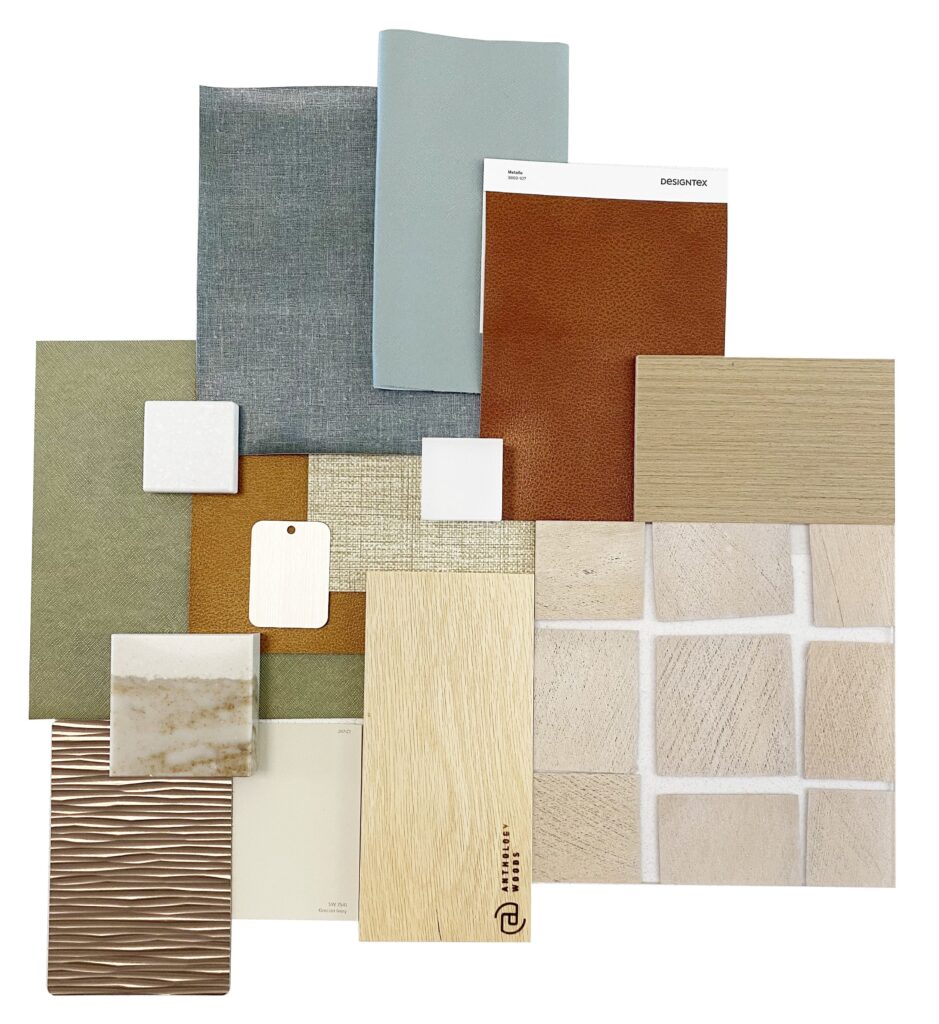 The new building’s design revolves largely around the flow of energy, a fundamental concept within Eastern design philosophy.

The east side of the new Animal Hospital building is designed to be taller than the west side: The easternmost point of the building is believed to capture positive energy, while the west end, lower to the ground, directs negative energy toward the earth. Our design studies roof “flares” to represent this flow. 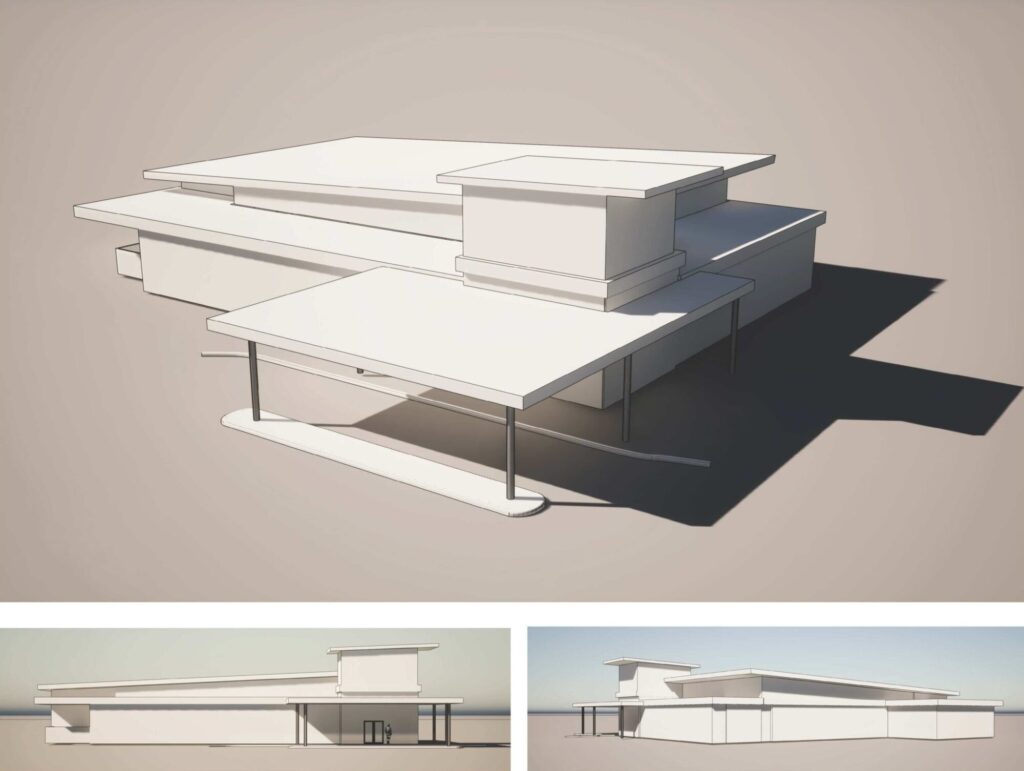 Natural light filters into the space through clerestory windows. The floorplan is laid out with intention based on an in-depth understanding of how each user will move through the space. The building’s design provides a seamless experience from arrival to departure, directing movement in one direction from the lobby to the exit. Lighting acts as a physical representation of energy and movement. 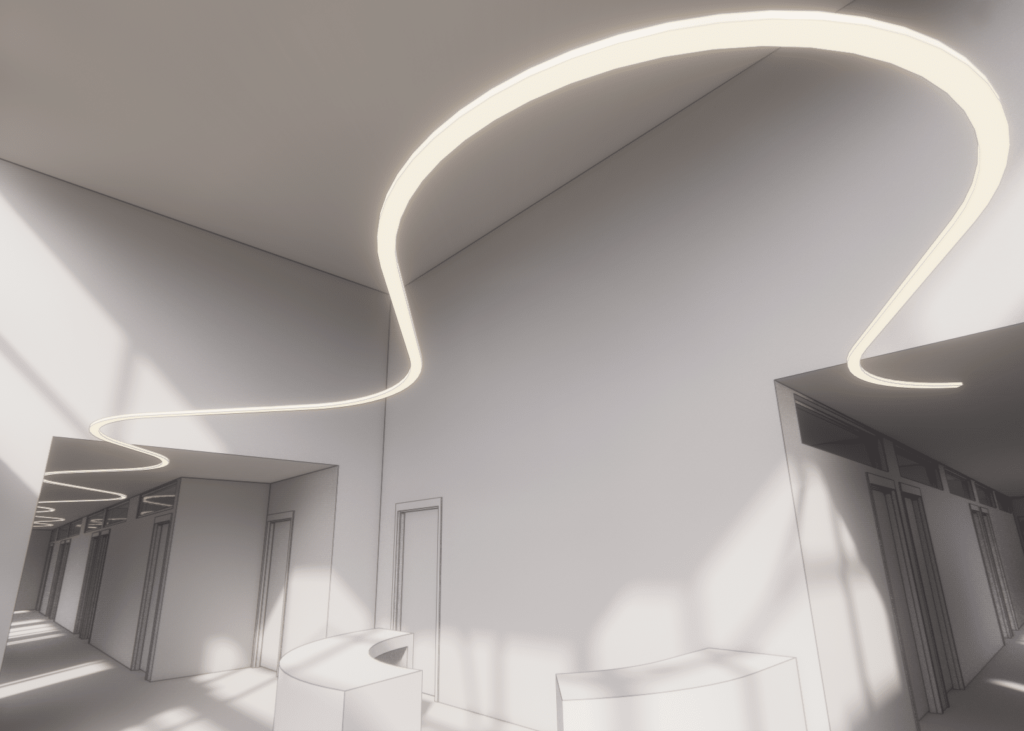 Ultimately, the design serves to bring healing to all who move through the hospital, be they animals or humans. Purposeful choice of shape, materiality, and proportion link the physical to the spiritual, bringing Chi University another step closer to its goals of providing balanced patient care. 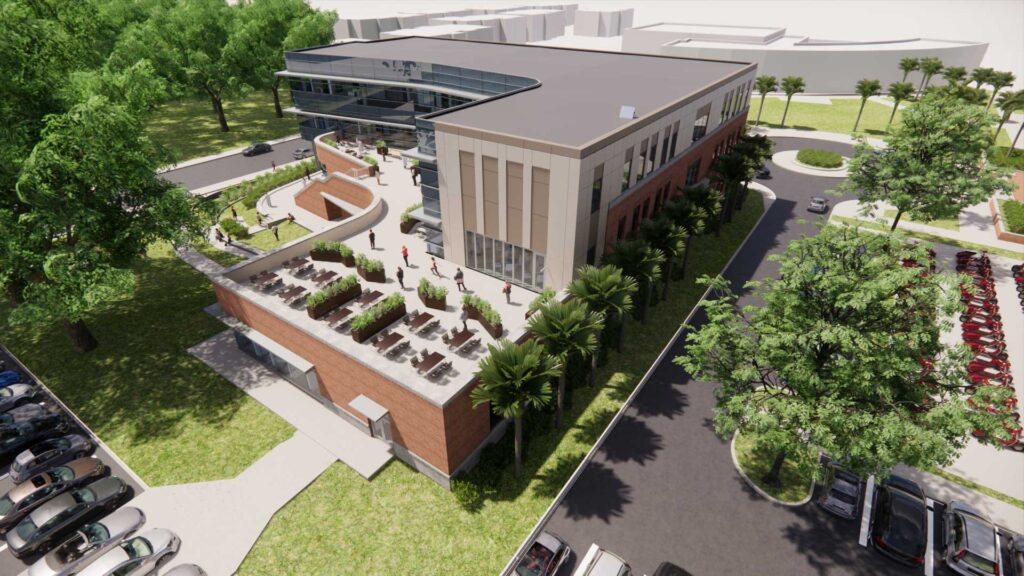